The International Committee for Museums and Collections of Archaeology and History has been created by Georges-Henri Rivière, first president of ICOM from 1948 to 1963.

The Integration of Two Disciplines

The great museologist affirmed that he had “held the point of view of the progressives for the creation of a single committee bringing together the two disciplines; archaeology and history, in the hope of their integration”.

Taking archaeology as an auxiliary discipline of history, he wished to open the committee to “a truly historical presentation which would take into account the disappeared societies and cultures, demonstrating the continuities, the contradictions, the mutations and the openings for the present and even the future prospects”.

Since its foundation, ICMAH-ICMAH has organized more than 65 Conferences, created several working groups on city museums, site and reconstruction museums, slavery, ethics, museology, reconstructions, casts, and among last: sport and society, under development. Since the 90s, groups of reflections were created on epistemology, the semiotics of objects, the destination of objects (research, exhibitions) and already the ethical questions around the origin of objects and the return of cultural goods in their country of origin (former colonies etc.) as well as other themes such as historical methods and the management of documentation related to contemporary history, comparative history, urban history, history of cities…

Today more than ever, ICOM-ICMAH is deeply involved in professional debates on issues of society and history via material civilization on an international scale… 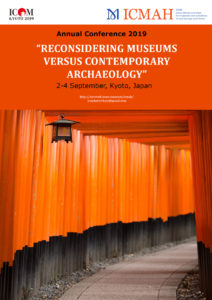 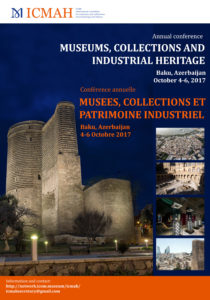